Money Screw Ups: And the Frugal Living Lessons that Will Save You - 1 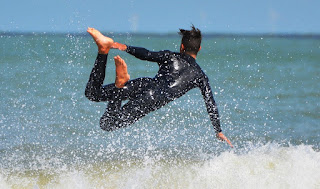 2015 was quite a money ride.  Some of the progress toward financial freedom made following my own frugal living tips (outlined in this post "Can I make it on $3k per month?"  got tossed overboard.


I can recover because my frugal living ways helped me saved.  That and the personal finance software addiction and fascination with minimalism and aggressive downsizing.

But my pride and confidence hit the surf and it felt like I slammed into concrete.   Worse, it may have derailed complete financial freedom by a year or more.

And some of it I could have avoided by listening to those much wiser than myself.

Surfing Lessons From the Sages

1.  Retirement really is a psychological journey and you might want to prepare for that.

The first time I retired was about 15 months ago.

As the retirement sages on www.earlyretirement.org said might happen,  I experienced a sudden depression.

I wasn’t ready psychologically or emotionally, which affected how I dealt with the other surprises to come (i.e., not great).

Just like every one said -- a great deal of your self ­perception can be tied to your work identity and title.

My answer  - "Oh, I am a marketer and public relations professional."

It took about a year to adjust.  Therapy helped.  So did part-time work and volunteering for professional associations.

There are plenty of resources on the web about transitioning to a new life phase, even AARP has a coaching service available.

2.  Sound financial planning is not an exact science.

I asked all the wise ones on the early retirement forums for advice as to "don't I have enough to pull the plug on this job?"

The answer wasn't as positive as I expected.  As much as I had saved, they still said, "you need more of a safety cushion, nobody gets this stuff right on the money.  Hold on!  Give yourself a 5-10% margin of error."

Keep Reading this Juicy Stuff Here
at July 09, 2016 No comments:

What's Enough Money to Be Happy?

Some say that $50,000 per year and a paid up mortgage is the prime point of greatest happiness.

Other writers like Wes Moss, host of Money Matters and author of the book "You Can Retire Sooner Than You Think," imply that you need around $65 - $75,000 per year to retire -- which is when you can be happiest.

Most of us seem to believe that more money means more happiness.

But according to the research described by the University of Texas & Indian Business School professor teaching the online Coursera course "A Lifetime of Happiness and Fulfillment," it just ain't so. 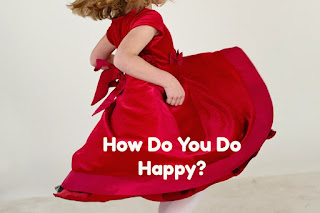 Dr. Raghunathan and his visiting lecturers including such leading thinkers as  Dan Ariely (author of Predictably Irrational), Ed Diener (“Dr. Happiness”), and Mihaly Csikszentmihalyi (author of Flow), money is just a medium that people believe will lead them to happiness.  And our perceptions about that path are often wrong.

How happy can you be standing in a food stamp line?  Living in poverty? None of us want that future for ourselves or anyone that we know.

The good news is that there are many other skills leading to happiness that are proven to bring meaning and fulfillment to your life.

And you don't have to be a monk  to achieve these states, although it works for them as well.  And in fact, these skills might, paradoxically, make you more successful in the business world.

Finding flow, self-compassion, gratitude, physical exercise -- this is just the short list of what Raj Raghunathan is teaching in the course.

Even better, you can get to learn about them and practice them for free.

Favorite Frugal Indulge for this summer?  Coursera Courses!  Usually free, if you don't want or need the certificate.  And totally Juicy.

We've Got to Start Talking About Money


You May Be More Financially Secure than This Successful Author, Script Writer -

Who Can Never, Ever, Stop Working


This Atlantic Magazine story , the Secret Shame of Many Middle Americans, outlines the story of a prosperous looking author and script writer, who can't find $400 to cover an emergency and will have to work the rest of his life to cover his debts.

It's also about the shame and realities embedded in our US middle class money mess.  As the author pointed out --  50% of Americans, can never stop working.

Neal Gabler isn't homeless, or a casino gambler or a criminal.  His life looks like a dream come true.

Gabler has written and published books.  His reality-money-show reveals a different backstory, though.

Because he made a series of understandable and common money mistakes that caused a great deal of debt, Gabler suspects he will be working every day of his life, Monday-Sunday, sun up to sun down, until he just can't work anymore.

Some of the blame for this sad situation falls to our economy and our "head up the behind" (as they say in the south) denial of stagnating wages and other US economic realities.

We are not recognizing, accepting or dealing with the bad news that the middle class is shrinking and the economic cards really are stacked to help those who live off dividends and investments.

But some of the blame lies with Gabler's refusal to educate himself about money.  It's not always fun.

This blog is designed to help and inspire those who want to get educated and to show them how it can be a blast of achievement, pride and satisfaction.  But it's still tedious at times.

You have to take your "head out of our behind" as we also say here and deal with some sobering news about money.

Good for you for "dealing with it."

By getting a little more frugal in your habits, you are beating a system that is rigged in someone else's favor.

By consuming less, you are saving on sales taxes, you are building a safety valve for the inevitable bumps in the money road and you are beating a system that really is rigged against you.

Unless you think you can lobby Congress, change the tax code and fight Wall Street's sometimes shameful practices of crazy financial product development (i.e., mortgage securities that go bust),  going at least a little more frugal is the best step you can take.

Of course, there will be months when it sucks.  Or when you make mistakes.  (I'm pointing the finger at myself here) --  I spent an extra $1k on travel and gifts this last April.  Two weddings.  Pretty spring days.  There it went.

But I'll be back.  I caught it because I track every penny of spending, a la the advice in  "Your Money or Your Life."

And I follow the geniuses on this free resource, the Early Retirement Forum, among many, many others.  I'm even dragging my book club through a Review of "The 7 Money Mantras" (i.e., if it's on your ass, it's not an asset).

Good luck to you, and I hope Neal finds a way out.

I'll be back next with a juicy, frugal fun blog post.  In the meantime, I'll be clipping a few coupons so that I can enjoy the things I love best -- like going out with my friends.

And maybe I'll set up a GoFundMe account for Neal.  His contribution to our money discussion in America has spurred an important conversation for all of us. 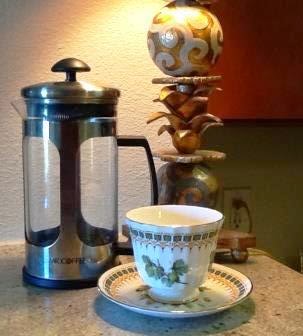